In addition to his books, Mitchell has a major online presence. The vast majority of his writing can be found at It's About TV! and In Other Words, but he has also written for other websites.

Three Kings in 50 Minutes
The story of how Amahl and the Night Visitors, the first made-for-TV opera, became one of the most famous and best-loved television programs of all time, and the the young medium's first Christmas tradition.

Who Knew?
The assassination of JFK shocked the world. And yet, less than two months before his death, two TV series ran episodes dealing with political assassination - one of them with the eerie title "November 5" and a man holding a rifle. . . 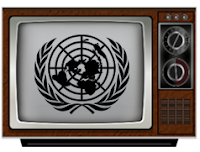 The UN Goes to the Movies
If you think achieving world piece is hard, try producing a successful TV series. That's what the United Nations tried to do, in the so-bad-it-has-to-be-true saga of their unsuccessful foray into entertainment. 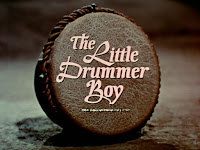